MAKE A DONATION AND HELP FINANCE PROJECTS THAT SUPPORT MONTREALERS AFFECTED BY DEMENTIA
;

The 4 ways to make your donation:

The different types of donation:

Make a regular contribution to the Alzheimer Society of Montreal:

Support the Alzheimer Society of Montreal all year long by choosing to join our monthly donations program. Donations can be made via direct debit or credit card.

You can cancel your payments at any time. All you have to do is inform us by mail, phone, or e-mail.

To join the monthly donations program, download the PDF form below, fill it out, and send it to us with a cheque specimen by mail or fax, or bring it in person!

Make a donation to help the Alzheimer Society of Montreal maintain the excellence of its services and commitment to Montrealers affected by dementia.

On Thursday, October 25, the Alzheimer Society of Montreal launched its direct mail campaign!

Donations in Memory of Loved One (In Memoriam)

Make a donation in memory of a loved one, friend, or colleague who has passed away:

Do you wish to invite your family and friends to make a donation to the Alzheimer Society of Montreal in memory of someone who has passed away?

We invite you to include the following message in the funeral announcement: “In lieu of flowers, the family invites you to make a donation to the Alzheimer Society of Montreal.”

In case of continued strike action by Canada Post, you can make an In Memoriam donation by phone (514-369-0800) or online.

Donations in Honour of Loved One (In Honorarium)

Highlight a special event or pay tribute to a special person.

You can make a donation in honour of a birthday, wedding, anniversary, and a number of other special occasions celebrated by someone close to you.

In case of continued strike action by Canada Post, you can make an In Honorarium donation by phone (514-369-0800) or online.

The support of the business community is crucial to maintaining excellence in all areas of the Alzheimer Society of Montreal’s operations.

Help the Alzheimer Society of Montreal continue its mission of alleviating the social and personal consequences of Alzheimer’s disease and related disorders through the development and delivery of leading-edge intervention, care and support services in Montreal.

A different way of ensuring the availability of our services:

Did you know that you can enjoy attractive tax benefits while still supporting the Alzheimer Society of Montreal? This is one significant advantage of planned giving.

Planned giving can be:

A major donation of stocks or other assets made now, but that takes effect at a later date.

Before making a planned gift, you should consult a financial planner, lawyer, notary or your accountant.

Planned gifts provide different tax advantages according to the type of gift made, which can be, for example:

“While I can, I am planning a bequest to the Alzheimer Society of Montreal”

“Finding a cure for Alzheimer’s disease, as well as methods of prevention and ways to improve treatment is of paramount importance.

That’s why I decided to take action while I can. I have added a clause to my will, only about 20 words long, naming the Alzheimer Society of Montreal as the beneficiary of a bequest after I pass away.”

Do you work in the Public Service or for a federal or provincial agency or department?

Each fall, HealthPartners conducts its yearly Entraide campaign. This united fundraising effort involves 16 national charitable organizations in the health care sector, notably the Federation of Quebec Alzheimer Societies (FQAS) of which the Alzheimer Society of Montreal is a member.

The success of the Entraide campaign depends in no small part on its volunteer spokespeople who generously give of their time to spearhead the initiative. In only a few minutes, they deliver touching accounts of their experiences to small groups of employees in different work environments.

Ron Hughes has been part of this team of a dozen ambassadors for several years due to his knowledge of the disease, his interpersonal skills and his natural public speaking ability.

During a recent meeting with twenty Service Canada employees at the Guy-Favreau Complex, Ron was proud to explain the difference that a donation or simple payroll deduction can make to people living with dementia and their families. Whether over 26 or 52 pay periods, even a small payroll deduction becomes a considerable donation at the end of the year and, what’s more, it cuts down on administrative costs.

Ron is also concerned about the social cost of the Alzheimer boom forecast a generation hence. It is a challenge to raise public awareness about the disease, especially now that it affects more and more individuals in the workforce.

Volunteers play a key role at the Alzheimer Society of Montreal. They help us to enhance the lives of Montrealers living with dementia and those of their families.

Volunteers are people who, like you, want to make a difference! 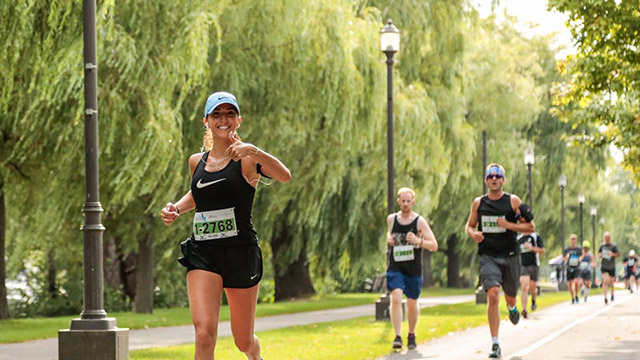 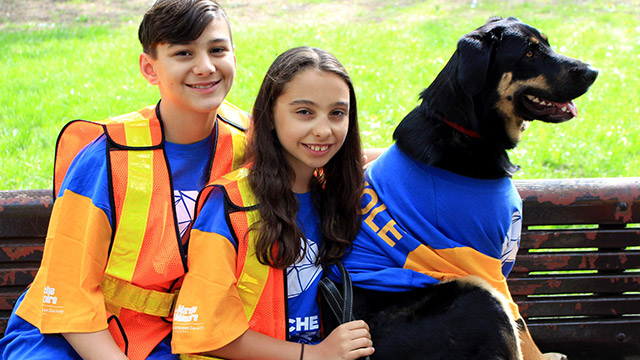 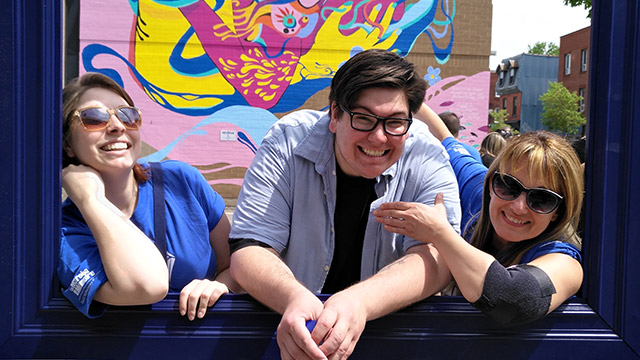 Testimonial from a Person Living with Dementia!

“I have just one thing to say: thank you. Thank you for being there for us. Your workshops, your conferences, your support, your reassurance, and your warmth help me every day to continue along the road that is my life.” Michel D’Amour